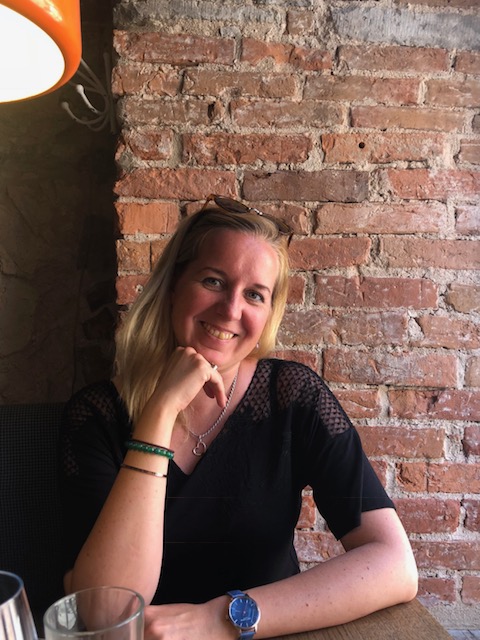 In an earlier post, A Mother’s Voice, which I wrote from the dates of a genealogical outline, I likened the lives of Silvia’s mother and stepmother to the “shadows, flitting across the wall, in a room lit by fire… Their voices still heard, faintly speaking.”

At the time, I did not expect to find much more about the women in Silvia’s family. It was the men whose names were on the documents and with them the only story I thought could be told.

With pleasure, I was wrong. This afternoon, at separate times, I met three of the great-granddaughters of Johanna Nihtig and Johanna Narma, the women of A Mother’s Voice.

Creating a collage in time and space, we sat at an open window. We sat on a terrace beneath the trees of a poem. We ordered from menus. Took coffee. Told stories. Asked questions. Looked at books and photographs. Talked about an American road trip, gardens, gooseberries, Estonia, occupation, war. Drank cider. Felt sadness. Admired courage.

As I followed the cobblestones home, the women of the story were no longer in shadow. They were mothers and daughters, sisters and grand-daughters, all telling a piece of the story; a story of a family, a story of women with great strength. And with Silvia, a story that rejoins the narratives once separated by a curtain of iron. Together, the women no longer whisper.