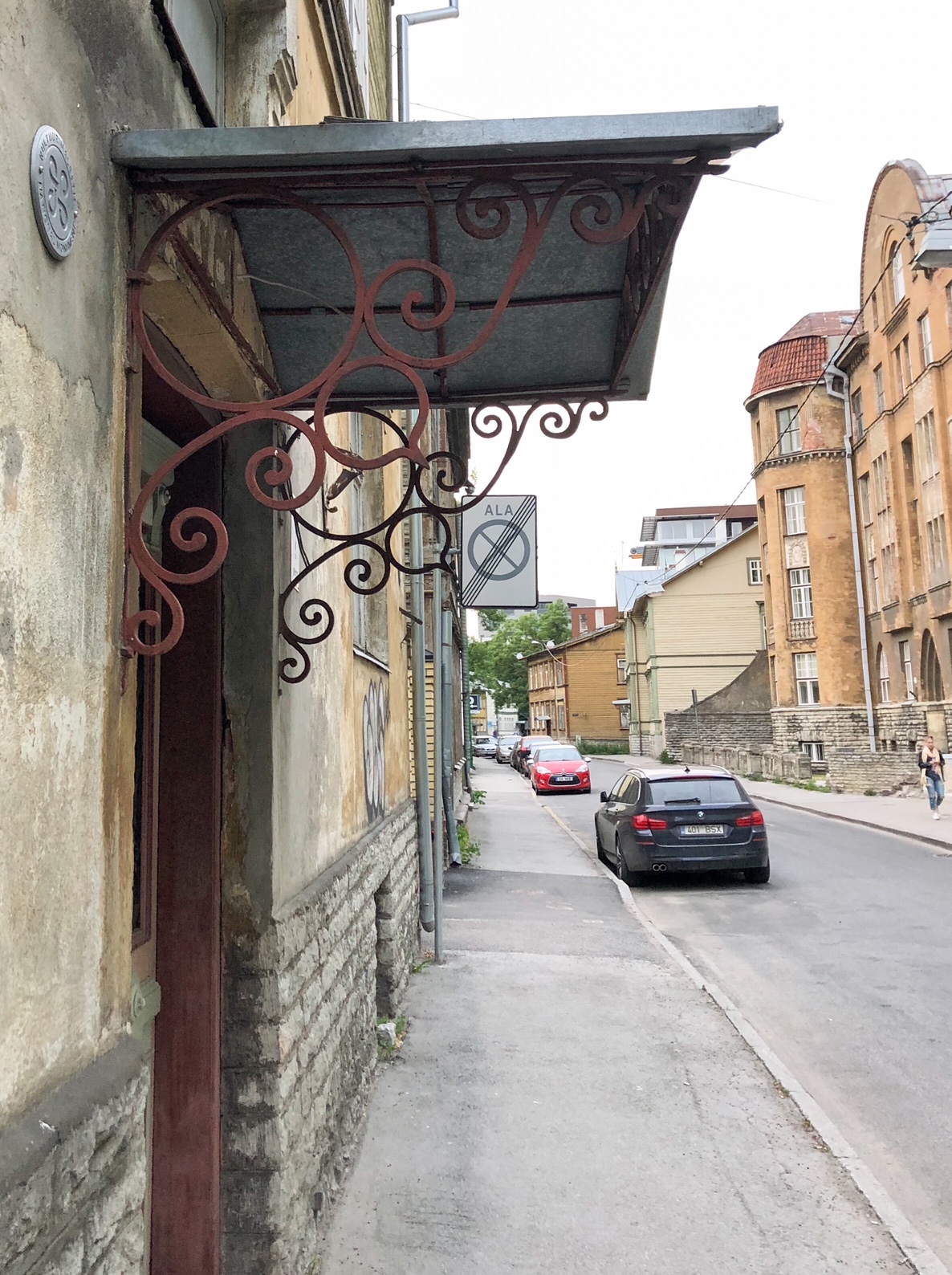 Tatari, I have traveled this street before in Vermont – on Google Maps. So, while following a slight curve on Tatari, I know Silvia’s house will appear at any moment. The arc of the building opposite gives away its location.

But my virtual strolls do not compare to my there-it-is moment. I am walking down Silvia’s street, standing there with two feet on the ground, a smile on my face, and talking to myself as if Silvia were by my side. (American tourists are surely crazy.)

I slip into the courtyard and photograph the rooftop garden, thinking of the continuity of gardens in Silvia’s life.

Turning back, I capture the handsome, albeit crumbling, building that dominates this portion of the street. A building as familiar to Silvia as her own house.

I touch the stone and the distinctive quoins that set the building apart from the others.

And, of course, must admire the beauty of the front door and internalize all that it symbolizes to be at Silvia’s doorstep.

Today, I returned to the house and stepped through the front door. The woman who opened the door to me was pleasant, but the building now houses offices and apartments, and she only had access to a small portion in the front – desks crowding the high-ceilinged room that had been completely renovated. Perhaps, I will go “apartment hunting” while I am here and get a peek at the interior, although a Google Image search provides some clues.

In all of my excitement and with thoughts of Silvia, I didn’t take a full image of the front of the house. My failure is most likely due to the images that exist of the facade online. I wanted to see the details, touch the stones walk around the entirety of the building while experiencing the neighborhood Silvia knew.

To see the facade and the house before and after it was restored (including the front door, which has been slightly modified in renovation) see the National Register of Cultural Monuments.