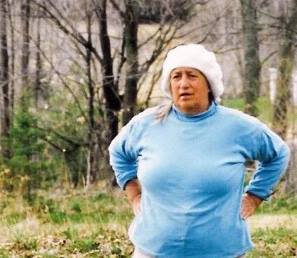 Small towns are prone to intense politics, due, in part, to participatory politics that extend beyond a simplistic vote. Recently, the political pitch in the little town where Silvia lived for twenty-four years reached distracting levels, although a spate of budgetary items failed to detract my attention completely. Instead it was an issue with the public library that sent me into a fit of “editorials” far too outrageous to send into the world. This morning I vowed to temper my commentary, and turned my attention, once again to Silvia, only to pause with amusement upon recognition of Silvia’s own propensity toward outraged editorials and easy flowing opinion.

Each and every friend and neighbor of Silvia’s with whom I have spoken, mentions at some point in our conversation, her straightforward delivery of her opinion. From child rearing advice, to the proper methods of education, or chopping wood and weeding a flower bed, Silvia knew best practice. Her eye was distinctly critical, with definite opinions on the way things should be handled. Her advice was freely shared on the correct approach and she was quick to point out error; making her praise, although rarely given, of high worth.

Silvia’s “way with words” and evident distemper often peppers her letters. With a dissatisfied purchase she writes,  – “I am very thoroughly dissatisfied (read: disgusted) with my mower and my service contract that goes with it. I cannot even sell the miserable thing because it does not work”, or the installation of a new bathroom – “I am sorry to report that my brand new upstairs bathroom does not operate quite as efficiently as an old-fashioned outhouse!” or a letter written to a teacher who had “made quite a nuisance of herself” when inviting Silvia to speak to her sixth-grade class about the Soviets and Estonia.

A neighbor from Gould Hill Road told me of the day Silvia called him at his Montpelier office leaving an urgent message with his secretary. Silvia would reveal nothing more than a crisis afoot, and she needed his help. He rushed back to the neighborhood, fearing the worst, only to discover that Silvia had stopped all her gardening and written a letter to a locally owned radio station. Not really a driver, she needed him to hand deliver it with great speed, as they had been reporting on the sailing races of the 1980 Summer Olympics, and had claimed the capital city of Estonia, Tallinn was in Russia. She certainly would set them straight, and, indeed, she did when they offered their apologies and a correction later in the show.

Many refer to Silvia as a “difficult woman” and few would purposefully draw her to an argument, as if this would be necessary. Yet, the difficulties Silvia provoked where not often for the sake of criticism alone. Rather they allow us to see her deep engagement with the world around her, and her true desire to improve matters for herself and others or set an incorrect matter straight. Whether you agreed with her or not, Silvia’s exacting criticism was rarely idle complaint, and her keen intelligence sought out efficiencies and solutions that often proved sensible and useful.

Unfortunately, I lack the full directive of Silvia’s intense straightforwardness. My recent editorials on town issues became tempered with review, but to know and speak one’s own mind is an admirable trait, and to stand upright with your informed opinions in this world, increasingly necessary.

All italicized quotes from the Silvia Narma Papers.