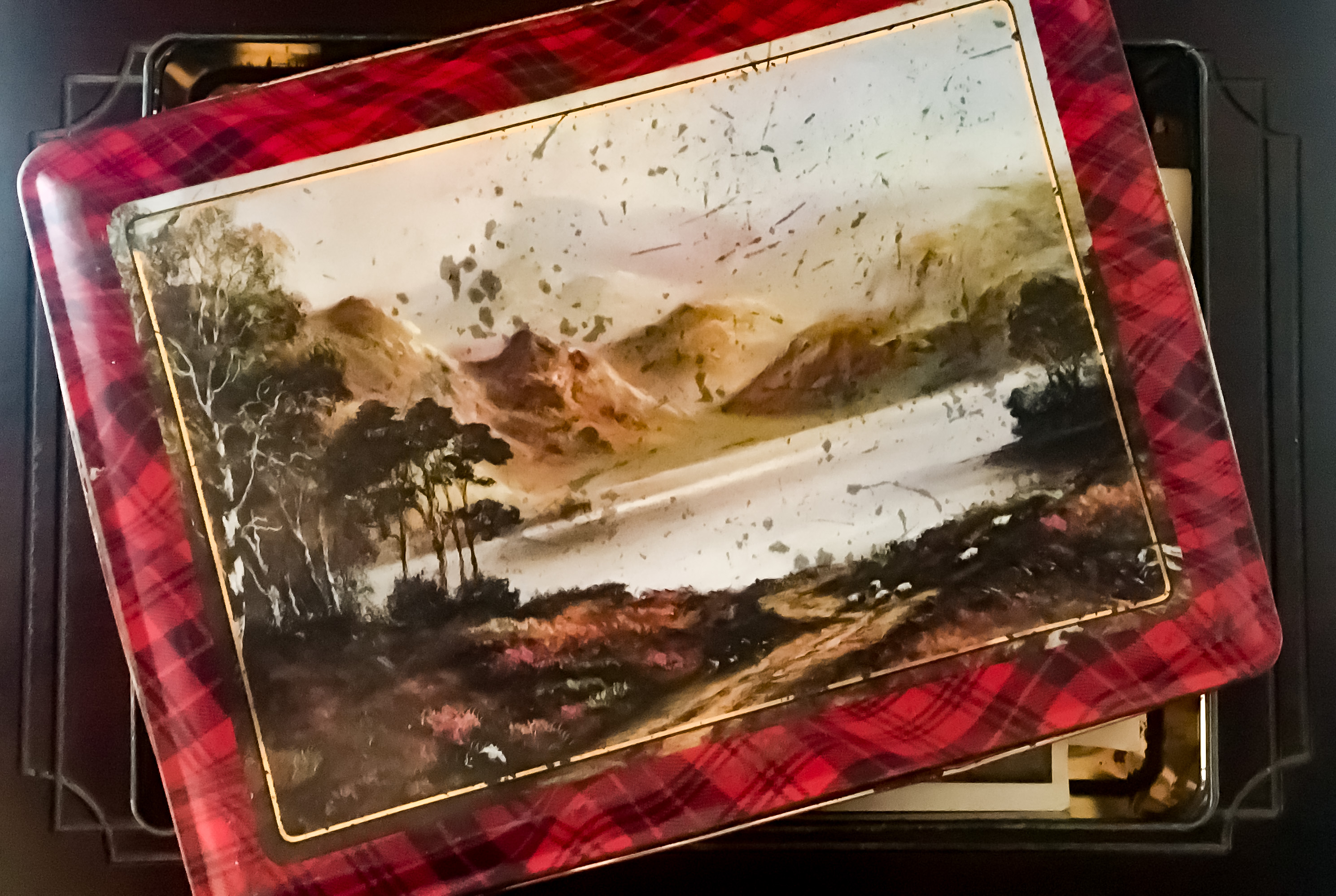 My neighbors and I took many trips with the little red wagon down Main Street to Silvia’s garden, a bedraggled crew of dirt covered gardeners on a mission to save her plants. Her small blue house was not demolished, as had been rumored, but the fate of her garden was no less endangered. By the end of that first summer, any remaining plants were met by the systematic blade of a lawnmower. But all those that were saved created a living network of Silvia’s plants throughout the village. Like the raised veins of an upturned leaf, a map of Silvia’s blooms can be followed up and down Main Street, into the schoolyard, creeping out of the valley and into the countryside. Many even skipped from town, shared with friends far-flung, and these saved plants set the seeds for the stories to come.

After my first trip to Silvia’s garden, I learned that a few papers, photographs and books had been collected from her house for the local historical society. I tried tracking them down, but wasn’t immediately successful, and, besides, I was working furiously to find homes for Silvia’s plants in my garden. It was the summer of transplanting, but after the sun had set and the children were put to bed, I would often think of Silvia. Late at night, I would sit at the kitchen table, the desk of too many mothers, searching the internet for Silvia.

Geni, a genealogy site shared the names and significant dates of her family, and it was here that I learned of Estonia. There was also a reference to a “Silvia Narma” regarding a book that had been published about an Estonian poet, but Google Translate was more obtuse than helpful, and knowing so little at the time about Silvia, I wasn’t able to comprehend the value of that little gem.

In my search for stories in the village, I had been told that the small packet of papers collected from her house indicated she might have been corresponding with a publishing company, but no one had found anyone who could translate the documents, and at the time I didn’t even know who had the papers. I assumed, (never assume) that Silvia may have been a literary critic, given the poetry reference that seemed to indicate she was an expert on some matter and the endless amount of books that were rumored to be in her house. At the time, the internet seemed to be without records, but even so, I would sporadically look again, always reaching the same dead ends.

From time to time, I would speak with people in town who had known her, gathering stray stories along the way, but no one seemed able to approach her comprehensively, until I, somewhat sheepishly, mentioned at a meeting one night, how I had inexplicably become enamored with a woman named Silvia Narma. Did anyone know her? Did anyone remember her? At once, a pair of eyes lit up, and, in a flurry of conversation, it was revealed that the mother of a friend at the meeting had a few of the papers and the small collection of photographs taken from Silvia’s house.

Months later, I walk past spinning wheels, wedding dresses and centuries-old baby cradles resting in their no-longer-productive purgatory beneath the arched, wooden ceiling of the historical society. The light is dim, and the closed-in room traps the sweet, musty smell of the slow decay of a town since past. Boxes of files are stored behind a painted theatre curtain, hanging from a stage where plays were “put on” by people whose names are now etched in the stone in our cemeteries. It is here, in the uncertain light, on the long-ago stage boards of the historical society that I open a rusted and dented cookie tin, holding the precious mementos and photographs of Silvia Narma.

As Silvia well knew, poetry brings us close to the moments we suspended in time. Szymborska’s line, “where one touch had covered another beforehand” approaches my thoughts while sitting on that dusty floor surrounded by boxes. Her hands and her heart, over many years, had created this simple reliquary of her life, opened by Silvia in the precious hours of remembrance. My hands are placed over her shadowy imprint on a tin of whispering memories, opened.

For two years, I had dreamt of Silvia’s life unable to find her face, but in black and white, my recognition was palpable, as if her image had been with me all along. Strong and handsome in youth. Silvia’s gaze forever direct. Cupid painted lips. A slight smile. Standing in the background, often sitting behind others. Her kerchief when others wear fur. The first Vermont farm comes into view. Serenely sitting in the grass, surrounded by geese. Puppies clamor over her knees. A cow.  Lilacs blooming in the background. Her hair now white, but Silvia, as strong as ever, forceful. She stands in the back of a tractor-pulled wagon. White hair pulled back, the concentration of work on her face. Haying. A beret on her head. Pants with dirty knees from kneeling in the garden. Gathering young children in her arms, eyes shining with love.

Photographs, postcards, letters, and a small clipped obituary took me deep into the night, magnifying glass in hand. That was the night I refused the dead ends I had earlier accepted from the internet. It was the night I began to follow each fragment, each possibility, circling back and trying again. With a determination much like Silvia’s, portions of her story began to be wrangled from the web. Through her family, and the slip of a reference to the Estonian poet, Henrik Visnapuu, I began to find Silvia.